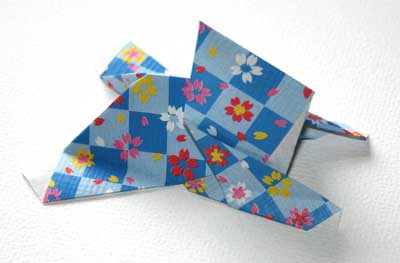 In the modern era of the Tantedian, it’s perhaps understandable if new folders are less familiar with older Japanese designers than they might to be. Fujimoto has been rediscovered by the tesselators, but names like Nakano, Takekawa and even Momotani sometimes fail to get the respect the deserve.

One such is Toyoaki Kawai. In the 1960s he was a leading figure in promoting origami – please read David Lister’s short but interesting article on his work. Tomoko Fuse herself studied for 2 1/2 years with Kawai, you can see his influence in her early book of masks.

I came across his work with one of the first books in my collection, a small but intriguing book called “Colorful Origami” (1970). This, along with the follow-up “Japan’s Creative Origami” can be picked up fairly cheaply on the net. 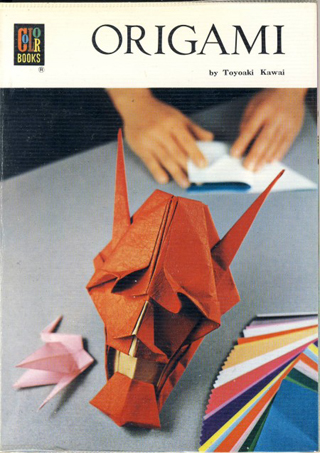 The inspiration for this entry is that I recently worked with a woman who was due to give birth in a few weeks, so I folded Kawai’s “Crawling baby” and as I am wont to do, glued it’s little feet into a card to make a pop-up. I think it’s a classic.

Early in the sequence, a flap is squashed, but it leaves a small asymmetric edge at the end. Instead of adjusting the fold to remove it, Kawai turned it to his advantage, forming the hands of the baby. It’s full of life and makes people smile – what more can you ask?