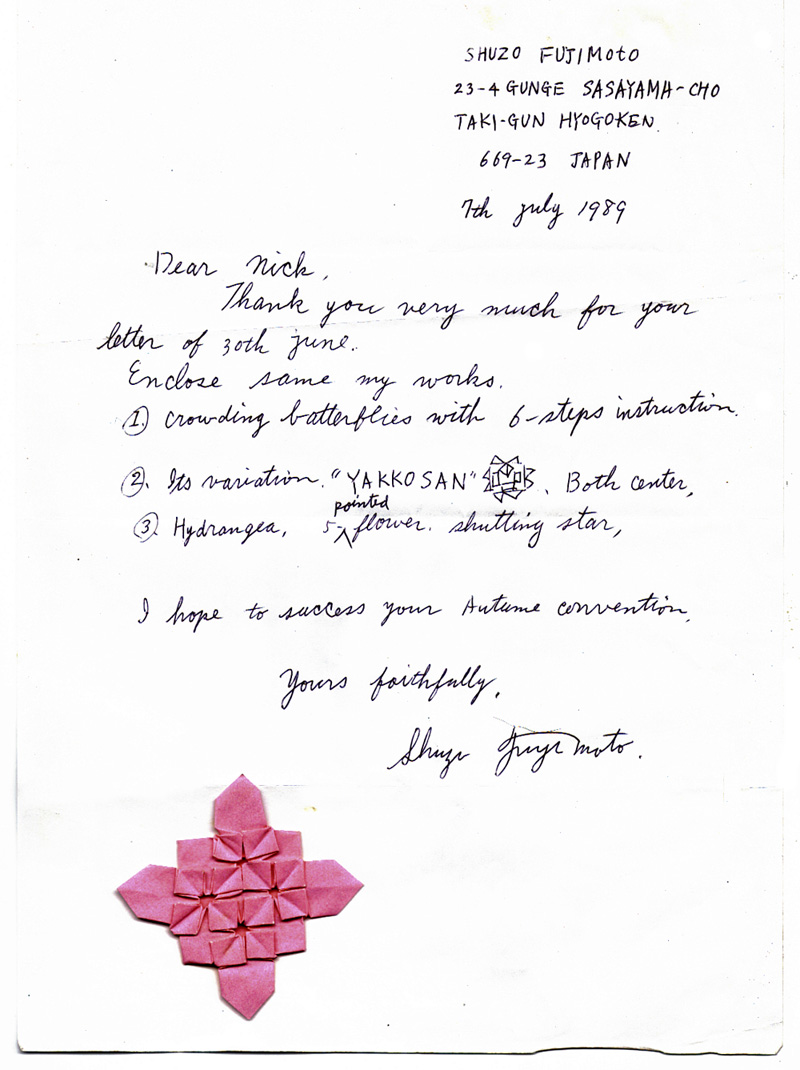 Being a collecting kinda guy, I’ve got several lever arch files of correspondence from my early origami days (84 onwards) and every few years, I have a read through some. Email may be quicker and easier, but there’s no memory like a hand-written letter from an old friend.

A response from Paul Jackson, then mag editor, to the blue foil slug I sent him – he said “shame about the foil – YUK”!. Brilly, inviting me to my first ever mini-meeting, Yoshizawa, thanking me for some models, regular 8 page hand-written epics from Robert Lang, usually with diagrams on the back, Thoki Yenn’s amazing letters, Vicente Palacios, Momotani, I wrote to ’em all and always had a reply, frequently with folded models.

Here’s a nice little message from Shuzo Fujimoto, replying to a request for models for a convention I organised in ’89. I think it was the first time his “crowded butterflies” had been seen. Click it to see a larger version. You younger folders, it’s still not too late to change your ways; if someone writes to me via snail (such a derogatory word!) I always reply in kind.  OK, they will be typed & printed, but that’s because my hand-writing is all but illegible. Instead of firing off emails, why not send a real letter to your heroes and see what happens?