A Tribute To David Lister 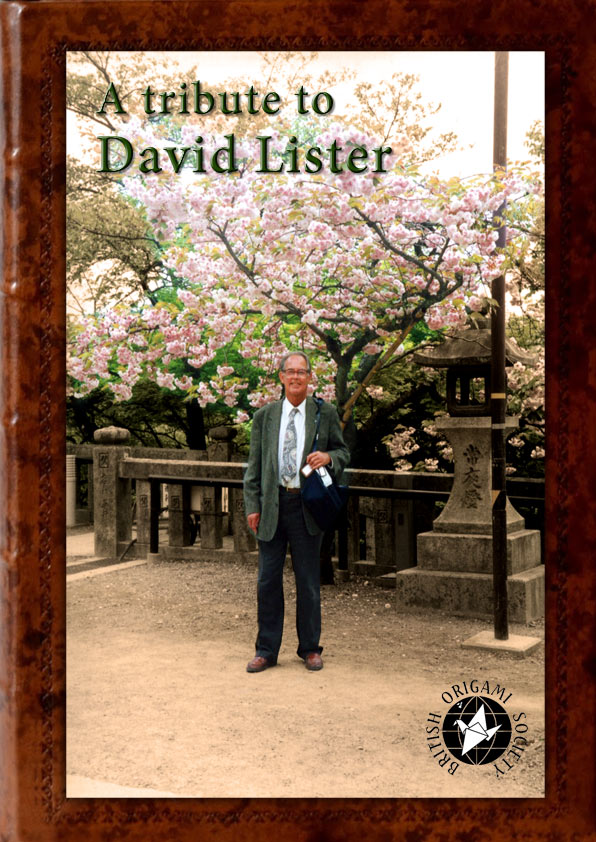 This book is not a book of origami models, although it does contain diagrams for the one model David Lister created and an excerpt of instructions for the lover’s knot from Robert H
arbin’s Paper Magic. Rather, it is an homage to a man who played a vitally important role in researching the history of paper folding. For those who never had the opportunity to meet David Lister in the flesh – though we may have had the pleasure and privilege of communicating with him via email and reading his Lister List – Nick Robinson’s compilation, A Tribute to David Lister, offers an intriguing glimpse into a man who had a life long love of and was an avid and precise historian of paper folding.

Introduced to paper folding at the age of three, David Lister’s fascination with paper folding, which appeared magical to him, only intensified with age, leading him to become recognized as the most knowledgeable historian of paper folding, who would respond thoughtfully and in depth to all questions he received. The book contains an array of perspectives on and by David Lister:

Interspersed among the text is a treasure trove of photographs of nostalgic and historical value, including four pages of photos of his library, which may humble even the most obsessed collector of books on paper folding. 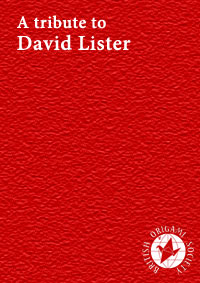 David Lister was not only a serious student of the history of paper folding, he made history as well – as a founding member of the British Origami Society, which celebrated its 50th anniversary in September, 2017. In this role, Lister rubbed elbows with luminaries of paper folding from other countries, as documented by many photographs found throughout the book.

As a sample of Lister’s writing, there is an article he authored in 1999 that everyone should read: “Is it correct to call origami a Japanese art?” Rather than summarizing Lister’s strong views on this topic, we leave it to the reader to find out (pp. 46-47). Everyone new to origami should read these pages. Mick Guy captures succinctly the importance of David Lister to the world of paper folding: “We are very grateful that he chose origami as one of his interests.”