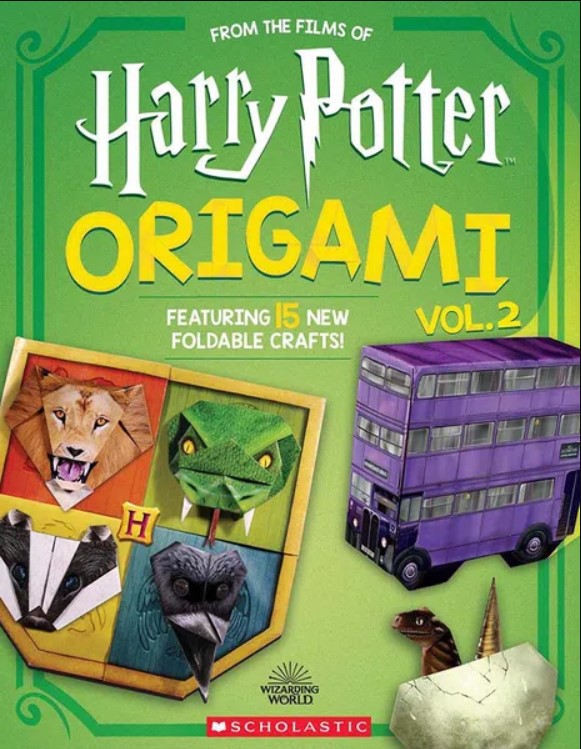 I was approached by amazing15 on behalf of Scholastic Press to write a second volume of this series. Considerable time was spent choosing the subjects (vol. 1 chose the most obvious) – we had to balance iconic subjects with ease of folding, so “Luna Lovegood’s Glasses” were quickly ruled out.

I had a great time creating the models, trying to capture the essence of the subject without over-complicating it by too much detail. It helped that the papers in the book come with appropriate graphics on them. The House-Elf needed several revisions, to properly capture the features and not make it too scary! 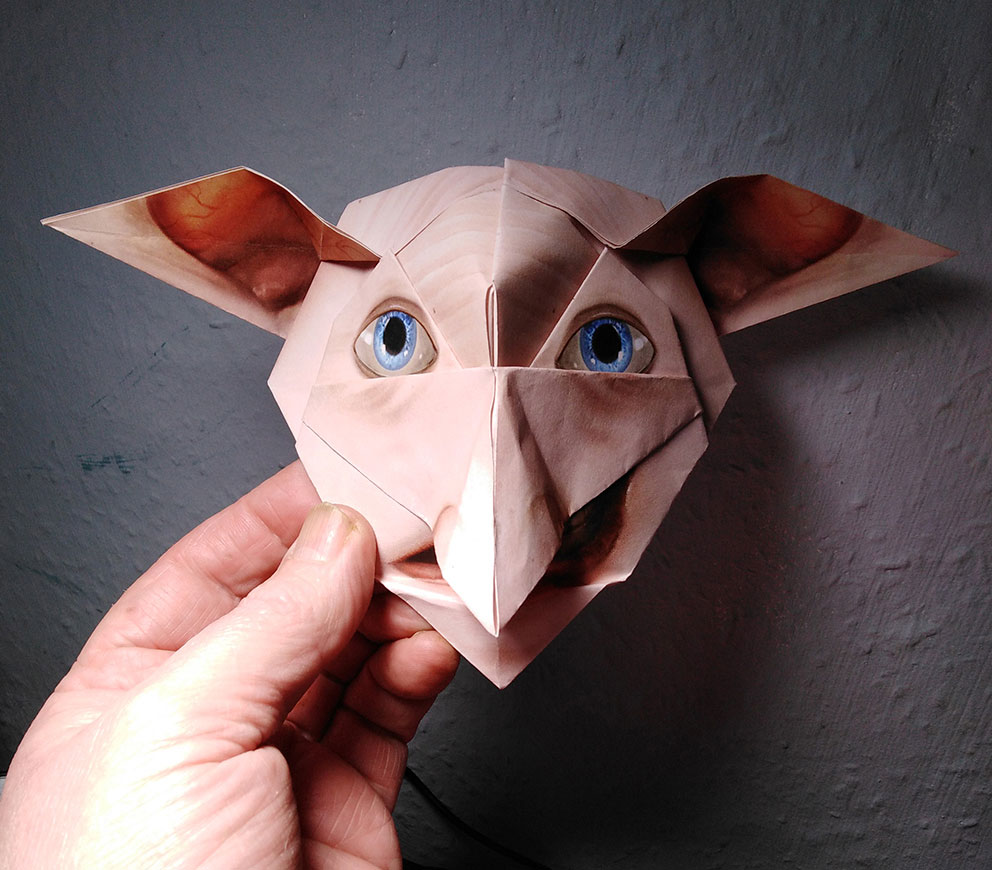