It’s always wonderful to meet old friends at an origami convention. The recent spring convention in Birmingham was no exception, when Brian Goodall came to call. Brian (and his late wife, Margaret) ran the BOS library when I joined in 1984, and for many years afterwards. I was fortunate enough to visit his house in the 80s and admire the amazing library in all its glory. Brian was justifiably proud and put in immense amounts of time and love into maintaining it.

I remember at one of my early conventions, there was an evening of entertainment. Dave Brill, Ted Norminton and I performed as a “jazz trio”, offering “I want you to play with my little paper thing” (a la Chuck Berry). Brian’s act involved a two man physical comedy sketch, where he played both characters. This involved a deal of lying down and jumping up again, hugely entertaining 😉

He passed the library reins on many years ago and I hadn’t seen him for a long time, but at 84, he’s looking amazingly well and was in good spirits. The photo was taken in the gloom without flash, so is somewhat grainy, but it captured the mood nicely. 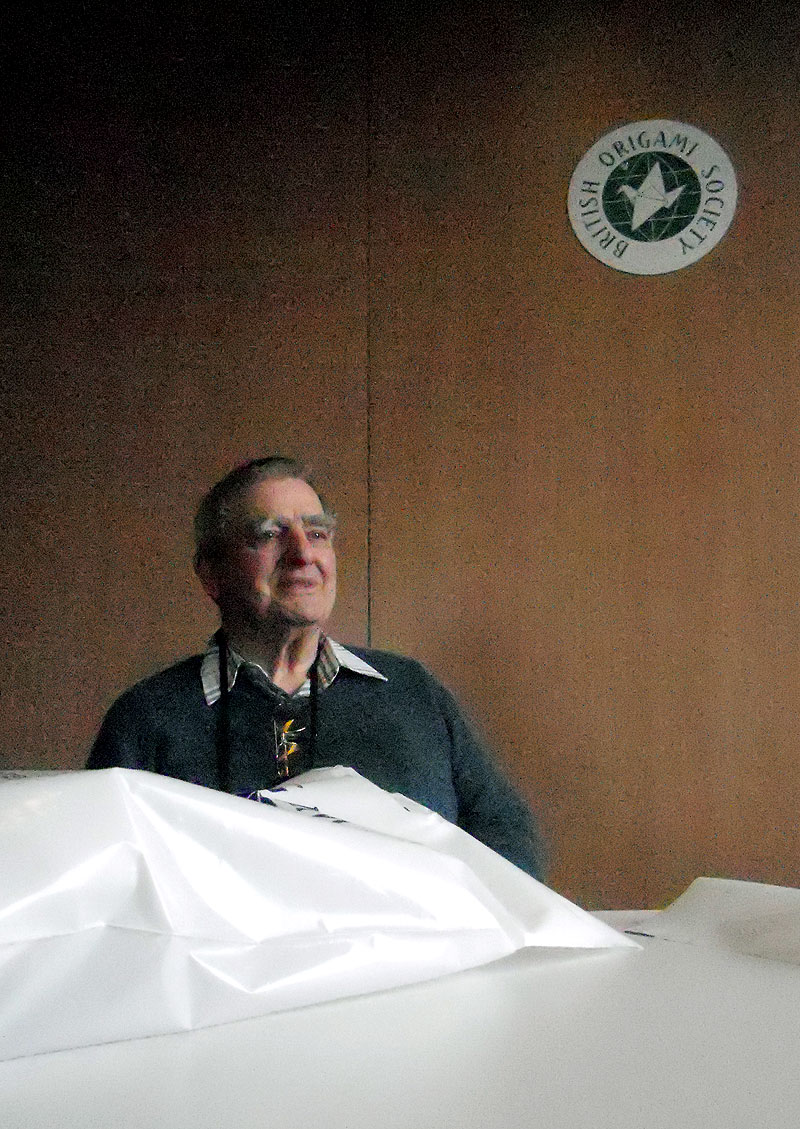