A Beginners Guide to origami

I’ve had a few books out through Parragon Publishing and whilst the fees many have been unimpressive, the results have always looked good. This book, created in conjunction with the excellent Design Principles company of Warminster, continues the same pattern.

It may seem like a fairly straight-forward task putting together a selection of simple origami designs. For some publishers it is, they just rehash traditional designs with a flashy cover. Whilst it’s fair to say there’s a couple of “classics” in this book, the majority are previously unpublished.

In the wacky world of origami, if you keep your eyes open, a number of excellent creators are at work, often without having their work as widely published as it may deserve. As a long-term volunteer worker for the British Origami Society, I’m lucky enough to have many of these pass before me.

I see part of my authoring work as giving exposure to these people. That said, the extraordinarily tight schedules for these books means that I’m usually obliged to include my own work, often creating to order when the publisher requires a specific subject. It requires too much time to track down specific creators asking for permission to publish, unless they’re on email or I have their phone number.

The diagrams have come out really well – like any other artistic endavour, the more you do it, the better you should become. I’m actually quite proud of these. It’s also great when designers are able to leave some “white space” and not squeeze too many steps into too little space. Oh yes, you get a dandy free pack of paper with it. All in all, a book well worth investing in, but then I would say that, wouldn’t I?

Recently translated into German under the title “Origami – leicht gemacht” and Polish as “Origami dla początkujących”. 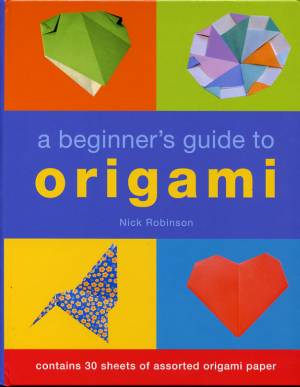 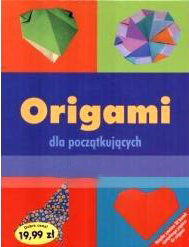 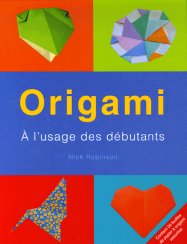 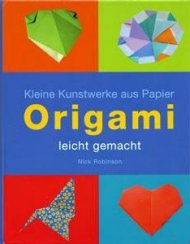 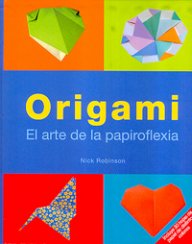 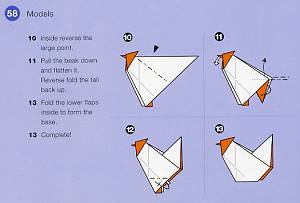 Pencil by Unknown
page 31 (from Square) Bench by Traditional
page 42 (from Square)