My first book for Duncan Baird Publishers, this book has been quite a challenge – to find enough Angel-themed models that are of the right complexity. As is often the case, I’ve come up with some designs myself and mixed these with designs from the wider world. The book has been tightly targetted (at an audience that probably wouldn’t include me!) and for a change, perhaps isn’t aimed at paper-folders as much as spiritually-minded crafters.

The designers have gone to town on this, providing paper for and staging beautiful photos of each design, it looks really attractive! There are many angels out there, but (as ever) I want to choose those that were elegant and reasonably simple. There were a number of Japanese designs I really liked, but I’ve discovered in the past, it’s almost impossible to contact the creator and negotiate permission. The problem is exacerbated by the time involved – book deadlines are always too short!

Designs include those by Neal Elias, Max Hulme, Francis Ow, Michel (plus) Grand, Evi Binzinger, David Donahue and the rest are my own work. There is a facebook page here where you can leave your (happy) thoughts.

I’ve just about completed a follow-up volume called Buddhist Origami, although this will sadly be the last in the series (so new Jewish, Christian or Jedi Origami) – the publisher are moving away from this particular market. I apologise for the “bad-hair angel”, not my usual styling, but it was by the insistence of one of the companies buying into the book.

Within a few months of release, the book has been translated into French (pointed out to me by my very own origami angel, Michel Grand, who also has a fine design in the book), French, Finnish, Hungarian, Korean and Portuguese! I’ve set up a facebook page where you can upload photos of models you’ve made from the book, people seem to be finding this volume more attractive than some of my efforts! 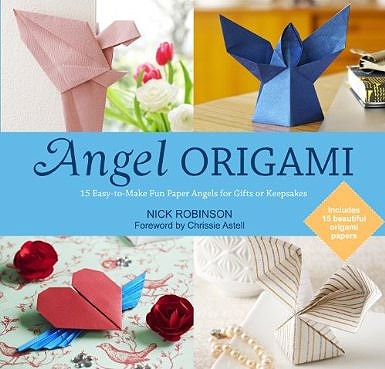 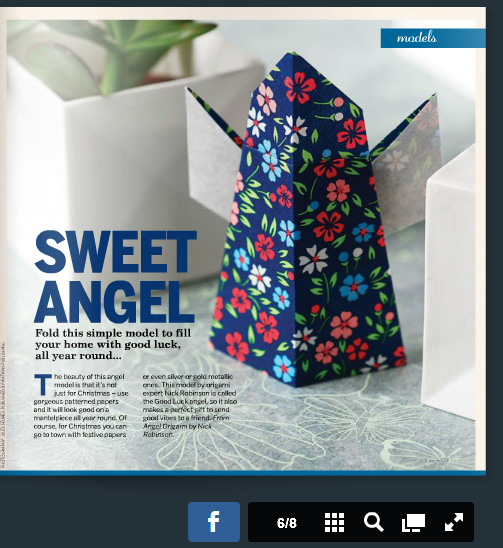 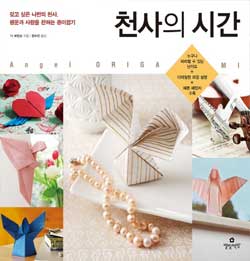 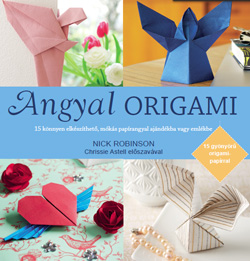 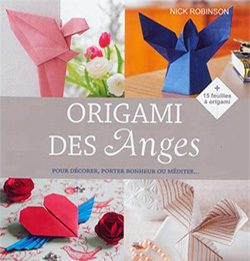 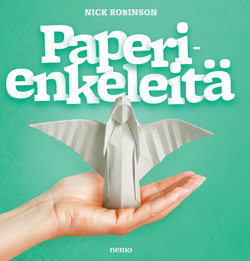 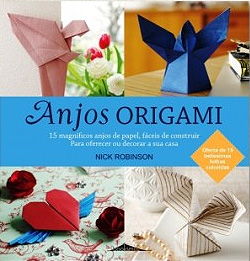 Angel Of Communication by Nick Robinson
page 48 (from square) Angel On The Wall by Neal Elias
page 72 (from square) Angel Of Peace by David Wires
page 78 (from Square) Angel Of Prayer by Neal Elias
page 90 (from square)