A companion volume to the “Dinosaurs” book, both feature a folded example of one of the models on the cover – I’m not sure what the print run was, but someone will know how to make the turtle pretty well by now! Indeed, if the quality of a model is judged by how many times it’s folded, I’ve got an instant classic on my hands

The format is attractive – spiral bound with a hard cover (a format engagingly known as “Half Canadian Wire-o”), with a page of details about the crittur in question, then diagrams for folding the origami model. You also get some sheets of paper pre-printed with the features of the animal, including very realistic patterns, to give you the ultimate in “making sure you know what the model is supposed to be”

I think it’s great that origami books are including scientific/reference information – it’s a wonderful area for crossover arts & science. I’ve had several enquires asking if the series is to be extended, but the call never came. It’s recently been republished – sleeve below.

Designs are butterfly (trad), beaver (Mulatinho), monkey/bear (Kasahara), scorpion (Scott), grasshopper (Sinkin) and the rest are my own work. 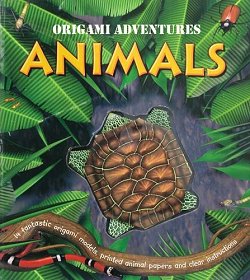 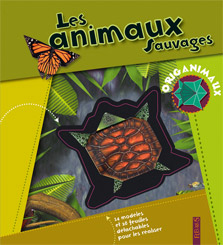 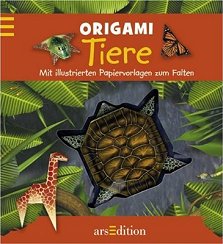 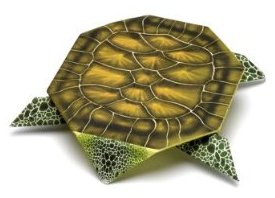 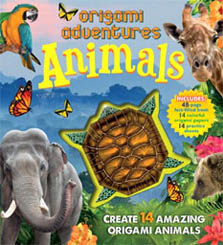