Here’s my first “real” book, written way back in 1991, before the invention of email, DVDs, mp3s, etc etc. As the different covers show, it’s been republished in England, Germany, Australia, Holland, Romania and America, with combined sales over around 1,200,000 copies! Needless to say, it was a “no royalty” deal and so whoever made the money, it wasn’t me!

The artwork was traced from hand-drawn originals that I made, to no great benefit, I feel, but they are engaging and friendly. Computers weren’t up to the task in them there days!

Those of you who can read German will spot the subtext “that really fly!” Luckily I’ve not been sued over this wild claim. Interestingly, some of the artwork was used by Quarto on the cover of a collection of origami work by Paul Jackson. I asked Paul about it & he didn’t even know the book had been released! “Author beware” would seem to be the motto.

The small print says the publishers can basically re-release & repackage at will, without even asking, or more thoughtlessly, without sending me a free copy.

Can’t complain though – it’s still in print more than 20 years after publication, so it must have some merit. If only I had Elton John’s high-powered lawyer who could claim back all my lost royalties. 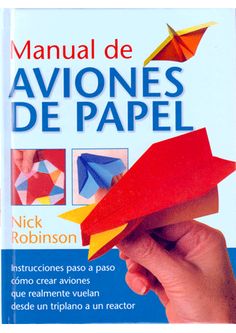