I first met Dave Petty during my early days in the BOS around 1985. He was one of the regular attendees at the mini-meetings hosted by Dave Brill at his parents house in Bramhall, in Cheshire. I owe my entire “career” to the encouragement and education I received from the regulars there – the two Davids, Wayne Brown and Ted Norminton – what a wonderfully stimulating and friendly origami environment it was and I’ve been fortunate enough to count them all as friends since those days.

DP hardly changed across the years (aside from becoming more “distinguished/grey”). He was never an extrovert and seemed to think long and hard before saying anything, so you rarely had trivial conversations with him. Instead, you enjoyed the opinions of a man who loved origami to the core and enjoyed the analysis and discussion as much as the folding.

Along with the rest of the core team, he invariably had a new model to teach every month and with DP, you rarely got just the single model, he explored most, if not all, of the variations a design might offer. More often than not, he’d actually calculate the number of variations and produce diagrams of them all. He’d exploit any new technique with almost ruthless efficiency, thus a zeppelin would mutate into a Mills bomb, then into a cactus, finally a cactus in a pot!

Like many of us, DP enjoyed the collecting aspect of origami and amassed an amazing collection of images of origami book covers, as well as origami telephone cards. Another of his passions was looking for (and diagramming) traditional designs. For many years he has presented a new discovery on his site as “Model of the month”. His willingness to put in the diagramming hours then freely share the results characterised the man.

He produced several booklets for the BOS, including two for folders who were to die tragically young, Jan Willem Derksen and Stephen Palmer. Each was illustrated in his own unique hand-drawn style.

30: Paper People and other Pointers
40: The Genius of Jan Willem Derksen
45: The Origami of Stephen Palmer 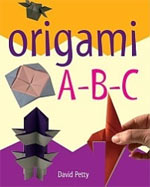 He was later to use Windows Paint (yes!) to produce diagrams, against every logic I could throw at him, but David was ever his own man. He self-published a book called Hearts 3D in 1991. This arose from correspondence between DP and several others (myself included) with Francis Ow, who began the quest for origami hearts, eventually publishing 3 books of them! We were happy to take up the creative challenge, especially DP, who diagrammed  the best for this spiral-bound book.

He also wrote some colourful commercial books, combining traditional designs with his own and others work. These were Origami 1-2-3, Origami A-B-C, Origami Wreaths and Rings, Origami & Creative Paper Projects for Everyone 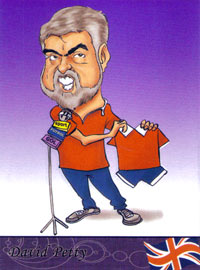 Everything DP did had his own individual stamp on it. His earlier (and better, I would contend) diagrams were painstakingly hand-drawn, even down to adding shading by drawing 100’s of dots to represent the coloured side of the paper. The Convention Packs he prepared as publications officer had a unique layout style all of their own.

Perhaps his most singular characteristic was in his teaching. I should give some background information here – at the early mini-meetings, there was a tendency towards joking, irreverent comments, mickey-taking, heckling and even on occasions, rudeness –  naturally, I took no part in this. So, you were a brave man to teach your latest classic to this hyper-cynical audience.

DP had the ability not only to consistently teach at about a sixteenth of the speed the group was capable of, but was also completely impervious to the ribbing we gave him (and each other). He just taught at his own tempo, with quiet dignity. I don’t think I ever saw him rush a model in thirty years. He was a thorough teacher and set us all an example.

His services to origami were manifold – he was general secretary and later publications officer who produced many Convention Packs and booklets. He also undertook a lot of research work on behalf of the Society and for his own satisfaction. He was a regular attendee of both mini-meetings and conventions and maintained correspondence with a wide variety of folders around the world. He was awarded the Sidney French medal in 2007 and at that point stepped back from the Society to enjoy his retirement.

As a profession, he worked for the Dutch electronics company Phillips, working with circuit boards (or something!) for as long as I knew him, and delighted in spraying us with his best Dutch. He formed close ties with the Netherlands origami folk and even lived there for a while. Almost everywhere he went, he was accompanied by his wife Lillian. Whilst not a folder herself, she generously allowed him the time and space to pursue what must have seemed like an obsession to her. 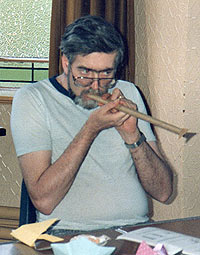 We maintained email contact and a few years ago, I was delighted to offer him free space on my web server after his site had been partially lost by a poor internet company. He uploaded vast quantities of files (over 2,500 images, 100s of diagrams!) and he worked on his site to the end. The site will remain online as a tribute to the man.

So, how to summarise the last 27 years? My abiding memories are of a deeply private and modest man, but fiercely independent and proud of his work. His slightly taciturn demeanour disguised a wry sense of humour and a deep love of all things origami. I’m delighted to have known him and send all my deep condolences to Lillian.

I’ve recorded a piece of music for David – very much doubt it would have been his cup of tea, but there you go…

Below is one of his many modular designs, taken from my Ori for Dummies book. 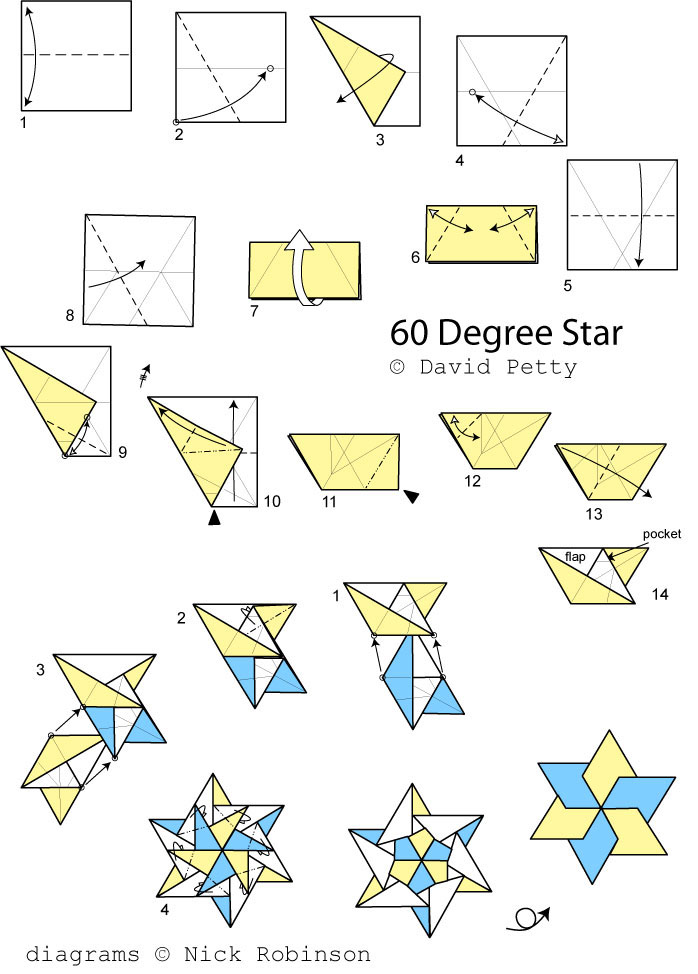