Gefaltete Schönheit – the most important book ever? 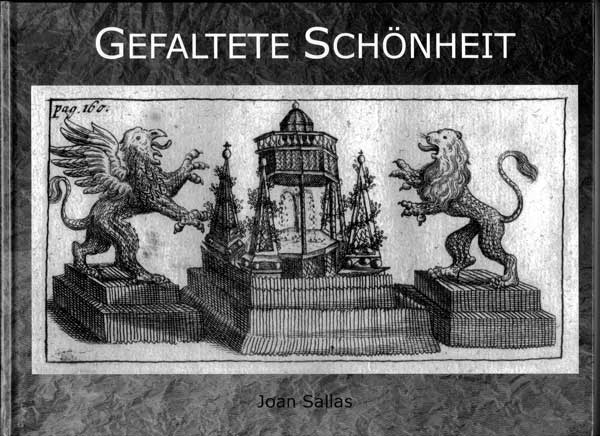 At the recent Didaktiks conference in Freiburg (report still being written!), Joan Sallas presented me with a copy of his self-published book, “Gefaltete Schönheit”. This is a summary of his researches to date about the history of paper and napkin folding in Europe. Having attended a couple of his related seminars, I have a better understanding of the contents than my impoverished grasp of written German would have otherwise revealed. 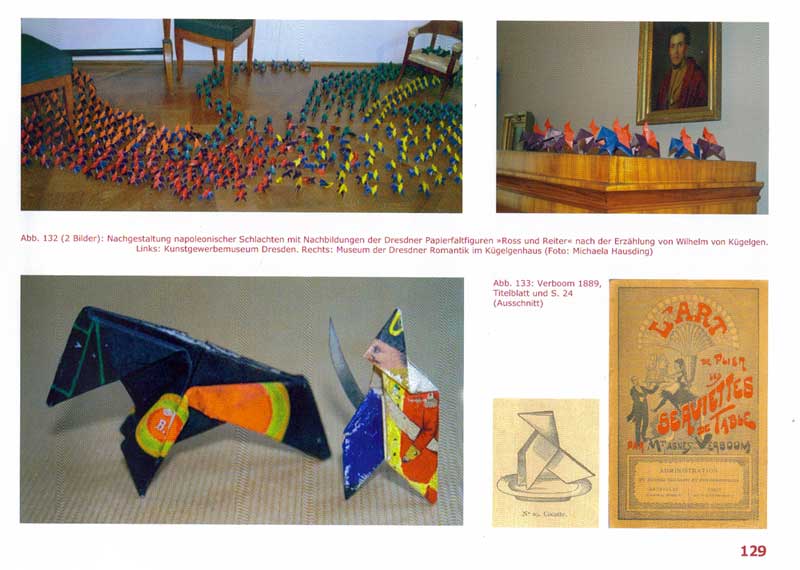 Put simply, I think this is perhaps the most important book ever written on the subject. Sallas has scoured the length and breadth of libraries and museums in Europe and has unearthed fascinating and hugely important information along the way. As he traced the history of serviette/napkin folding, he realised that many of the techniques and symbols we use in modern origami were present many hundreds of years ago.

He now believes that paper folding didn’t originate in Japan, as the common myth tells us, but that many countries developed paper folding techniques independently. Germany, with its traditions of filing and archiving information, has perhaps a richer seam of information than other countries, so he has been able to produce more documentation than from other parts of Europe. 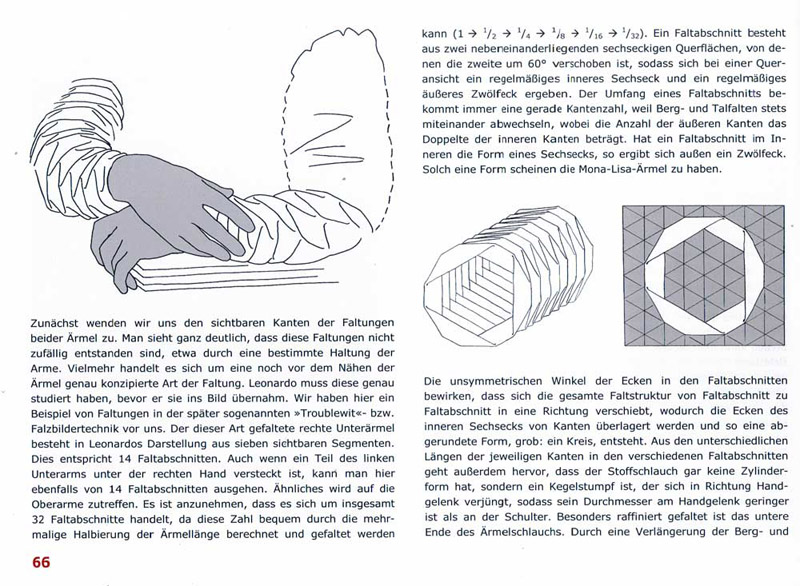 The book systematically shows how pleating (including box pleating) allowed people to fold highly complex structures. He even includes a chapter where he proposes that the Mona Lisa demonstrates that folding techniques were used in those times for dress-making. He then categorises and describes different “families” of serviette designs, then tackles the use of the blintz and the Yuen Bao design.

He closes the 154 page book with a fifteen page bibliography – by itself a hugely important tool for other researchers. The importance of this book cannot be understated – it’s simply the most complete summary of the history of paper-folding every published. Like all academics, Sallas assures me it’s just the “tip of the iceberg” and he continues his studies with keen enthusiasm. I think it’s vital we help him to have this work translated so a wider audience can enjoy it. I know of two keen origamists who are also language experts, perhaps we could encourage them to have a go? Printing on demand would then allow English speakers to make the msot of the book.

One way to help directly is to buy a copy – Sallas has funded it entirely from his own resources and had to pay for publication rights of many images, as well as the cost of printing. At €29,90 it’s worth it just for the photos, many of which are in colour. However, the greater value is that we’re encouraging the author to continue his work, which he shares freely with anyone who is interested.

If you’re interested, email him;  sallas (at) gmx dot net and he will give you a price including postage and explain how to pay (ideally through bank transfer).  If you band together, several of you could order together and save on postage. This is the type of work all folders (and societies) should support, so I urge you to invest in a copy.