Working on a new book fo geometric origami, the more I play with these kind of ideas, the more possibilities emerge. However, I’m aware that I may well be re-creating existing designs. I check as much as I can, both in my substantial library, online, plus my living library (Wayne Brown), but some are not readily identifiable, however simple/obvious they may seem. With living subjects, you can quickly recognise a similar model. With geometric shapes, it’s far harder to compare models without diagrams.

Here’s a typical example. I spent many hours producing waterbomb base type shapes from within a square, starting with a one-piece solution from Larry hart. I felt his could do with moving some layers around, but couldn’t find a tidy way of achieving this. So, I decided to break the subject in half. More hours, many sheets down the line, I came up with an elegant, unknown (to me) solution, shown here. I sent diagrams to Wayne, who later identified it as being very similar to one by Kasahara, in a book I already owned!

I feel some spirit of ownership of this design, since I discovered it the hard way, with no prior influences, but evidently I’m not the first, or possibly even the second, to do so. I feel entitled to use the appellation “independently discovered by”. When you browse through some of Fuse’s books, you might even be tempted to give up on trying for independent geometric work, since she’s covered so much of it, but if she can find new material, so can us mortals 😉 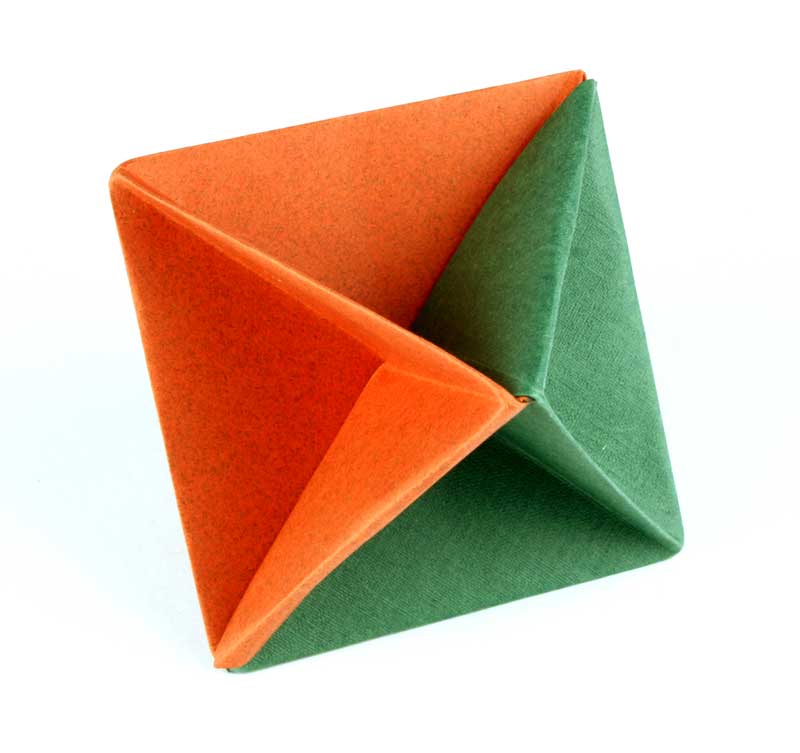