I had an interesting session in one of the London offices of Google recently. They were launching a new feature for the staff and wanted me to supply a variety of models, but mostly flapping birds.

It was fascinating to see the inside of such a notable company but sadly, I’m sworn to silence on what actually went on. Equally, the only photo I can share with you is off the giant instruction board they created, curiously, for a half flap / half crane hybrid, which several members of staff said they couldn’t follow 😉

I offered a few ideas for future use of origami within the company and we’ll be having further talks – fingers crossed! 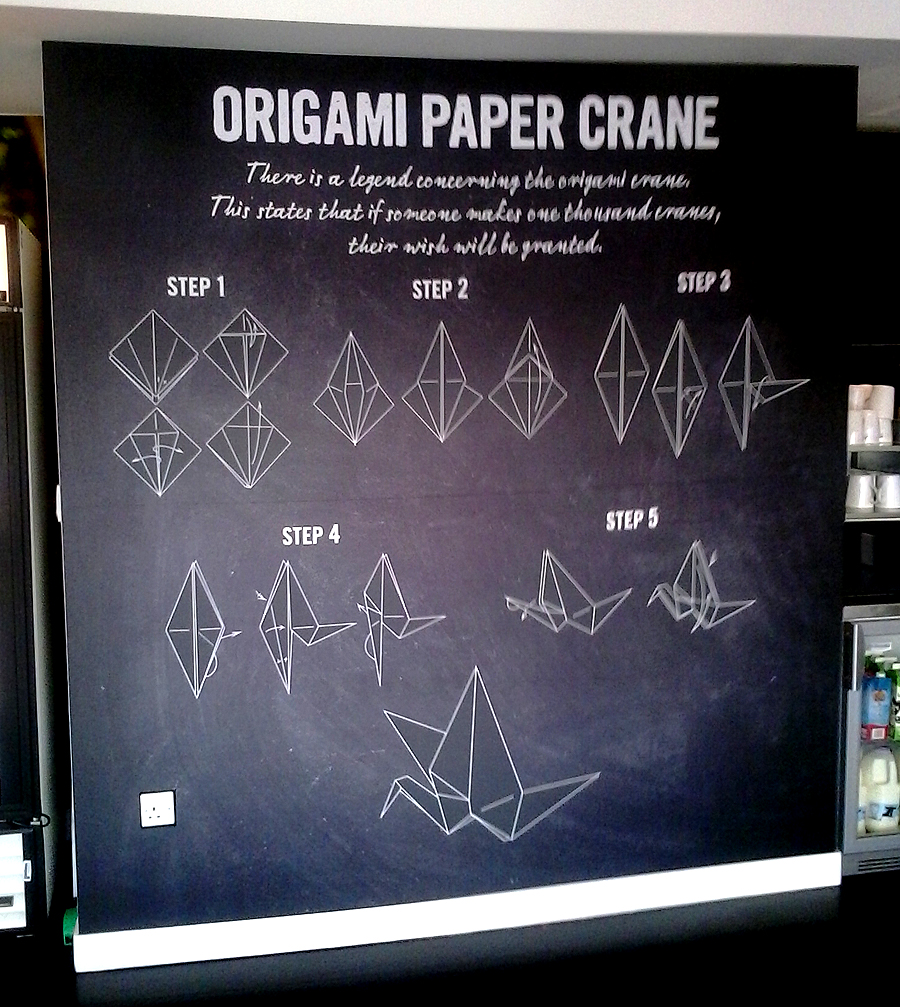