How many more times? 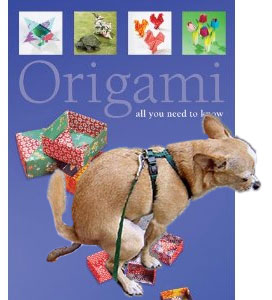 Quarto are a publishing company who are all to quick to recycle their own products with new titles. The latest is “Origami: All You Need to Know” by Ashley Wood. This book is a straight reprint of the authors previous book the “Origami Bible”. Not only did that book recycle a title of one of my books, it was simply a collection of previous designs published in earlier books by the same company, nothing new to be found anywhere within.

To make things worse, nearly half of the designs don’t credit the creators of the model, even though the company must have known who they were. Some of them are mine, but I recognise many more. When the faux Bible came out, I contacted them, saying how disgusting it was that they hadn’t credited all creators, much less sought their permission. They said “OK, we’ll ask you to identify them next time”. Needless to say, I haven’t heard from them since and now find this latest crock in the bookshops.

This kind of shoddy production reflects very poorly on the originating publisher, Quarto, who farm this out via various imprints. OK, it’s a cheap and legal option to recycle old products and few of the buying public will realise, but it’s just lazy and shows a total lack of artistic integrity not to at least credit those whose work they are milking dry.

They have a long history of doing this and Paul Jackson has suffered more than most at their hands. One book came out, under his name, with photos from my airplanes book (for the same company) on the cover. I rang him to ask what was happening, he didn’t even know about the book, hadn’t been consulted, much less paid.

So, here’s the list on ama$on, all with identical contents (as far as I can tell) and to be avoided like the plague. Feel free to add suitable reviews after mine! I suspect after this blog post, I may not be on their “go to” list for future books, but it makes me so mad!