Ian died on 30th August, aged 74 and had been fighting cancer for several years. His son Mark writes: “His condition had been largely without pain, but he was very tired for extended periods of time. His death was peaceful which I think is all one can hope for at this stage.” His funeral took place in Daresbury, where he had lived for the last 4 years.

I knew Ian from his earliest days in the BOS, since we both were regular attendees at the North-West mini meetings in Hazel Grove. Ian was an articulate and intelligent folder, befitting his career in adult education. He favoured geometric designs, latterly working creatively in the field of 60 degree twist folds and tessellations. He was endlessly patient when teaching his designs and rarely showed any signs of frustration with less able students such as myself!

He was a very private man and it was hard to get to know him, or to learn anything about his private life, but his commitment to origami and the BOS cannot be doubted. For many years he was our Supplies Secretary and delighted in presenting a wide range of papers. Many of these he sourced himself as large rolls, then cut them down to (perfect!) squares and packaged them for sale to members. Even now, probably 10 years since he stepped down, you can still find his packs for sale and they still show a sensitive choice of folding material. 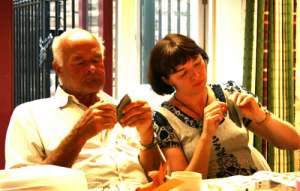 He sat on the BOS Council for many years and in 2009 was awarded the Sidney French Medal for his devoted services to the Society. He attended many conventions and was an “ever present” during the 10 years of my annual meetings in Wentworth. He always had something to teach, but never sought any kind of attention or acclaim for his work. He knew a great deal about geometry and was happy to share his knowledge. I remember once asking him why two folded corners came together in a sequence and he gave me a withering look and said “well, they have to”!

Here is a design of his that I drew up but which was never published. 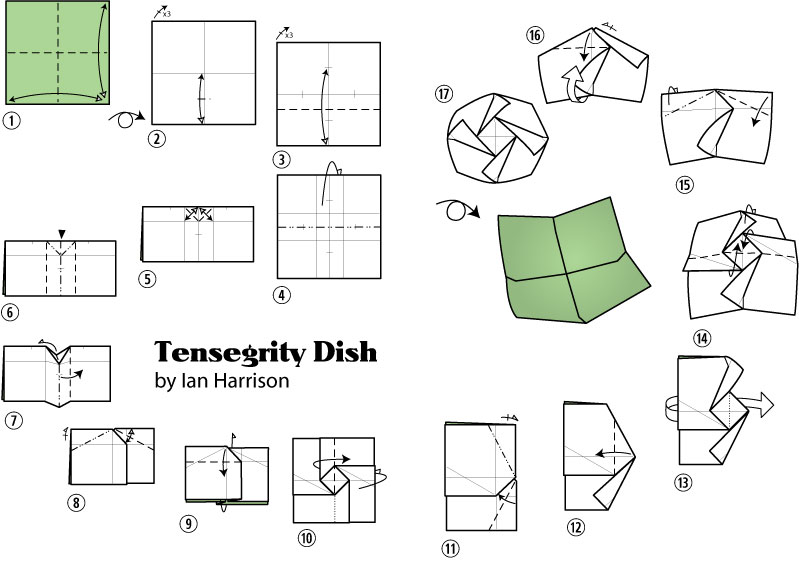