Walter Palmer, the US dentist who killed Cecil the Lion in Zimbabwe, paid about £32,000 for the “pleasure”. He claims that he thought the hunt was legal and was unaware Cecil was protected.

Leaving aside the nature of the man who enjoys this type of murder, the fact is the kill could easily have been perfectly legal. How, in this day and age, can any country allow the massacre of such a magnificent and endangered species? England is equally guilty with regard to foxes and badgers, it seems to be an unpleasant facet of human nature everywhere.

So, here’s an origami tribute to poor old Cecil.

Had this back from Mohit Dandekar 😉 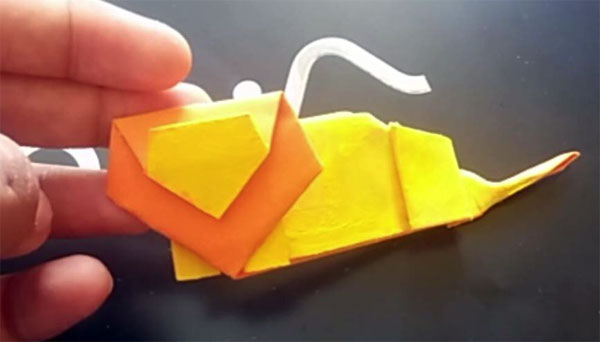