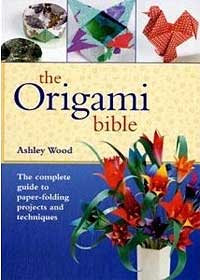 Also sold as “the Origami Artists Bible”, this is a classic example of repackaging at its worst. Every single model within has been published before by Quarto and has simply been redrawn. Some of the models are credited to the creators, but many are not (Brill, Jackson etc). Worse than that, some have been credited wrongly.

Despite there being many of my designs within, I’ve only been actually credited once, for “use of his dollar bill rhino”, when a) it’s just a photo, b) not my photo and c) the rhino is by Stephen Weiss. One of my designs has been credited to Alain Georgeot. Add to that the fact that they borrowed the title of a existing book of mine, you can imagine why I feel somewhat miffed.

There is absolutely no excuse for this slipshod approach to accreditation. Whilst I grudgingly accept they probably have the legal right to ransack their own back catalogue in this fashion, I have worked several times with the editor in question and she knows how important proper accreditation is. It would have taken fifteen minutes to identify the creators and give them their due credit. Needless to say, none of the creators were contacted in advance for permission and none have received a complimentary copy.

They have offered to make amendments for future print runs, but but nothing said about permission, it’s already too late and  really shouldn’t be necessary. It’s no wonder creators are beginning to be far less free with their work and ultimately, publishers like Quarto will cut their own throats if they wish to continue presenting exciting new origami models. I urge you all to spurn this book as you would a rabid dog, even if it’s cheap in a remainder shop!