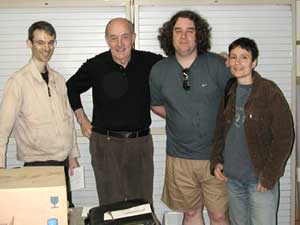 Having been invited as a guest of the MFPP to the Rencontres de Mai in Paris, I took my wife a few days early to soak up the sunshine and see the sights. As we sat at night admiring the Notre Dame cathedral, I wondered why it had taken me 47 years to visit France. I had no answer, only regret that I didn’t make the effort earlier. The Metro system seemed a bit baffling at first and I had to unveil my 30 year old French skills on the guards there to find our way across town to 56 Rue Coriolis, headquarters of the MFPP. Just outside the metro DuGommier, down a flight of steps and turn right, you have a small shop, full of people packing books and paper. We’d just missed the folding session, but sat and chatted, meeting the head honchos of the MFPP. 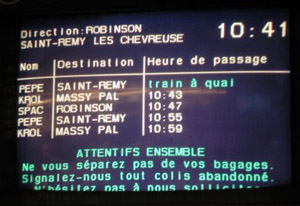 We headed off to a small hotel we’d booked in Perreux Sur Marne. With a bit of thought, we sussed out how to use the metro. Just look for the final stop on the line that goes through your stop, and follow the signs for that final stop. Ignore the train to Robinson!

After 4 days of blazing sunshine and a get-together with Eric Joisel, excellent food and the odd glass of wine, we were well chilled and arrived at the venue early Thursday morning in high spirits. The meeting was held in a large room below a shopping centre to the south-east of Paris, bang outside a metro station. The usual scene greeted us; MFPP council members frantically cutting paper, moving tables, welcoming people, handing out badges and paper, exhibition tables already starting to fill, and people sat down folding merrily.

President Michel Ronserray is a genial chap, carefully allowing the younger folk to do the running round. Chief “runner” was Veronique Laveque, using her best “air hostess” voice over the microphone to announce the daily agendas. Every guest had to fold a shirt with their name on it, but we managed that. My wife Alison, well-known as an origami widow of 23 years standing, shocked me by staying and folding the entire weekend! Whether the French air caused this amazing turnaround I don’t know, but better late than never. Sat by the entrance checking details throughout was Guillaume Denis, another key player in the MFPP. Apologies to anyone I’ve missed out. 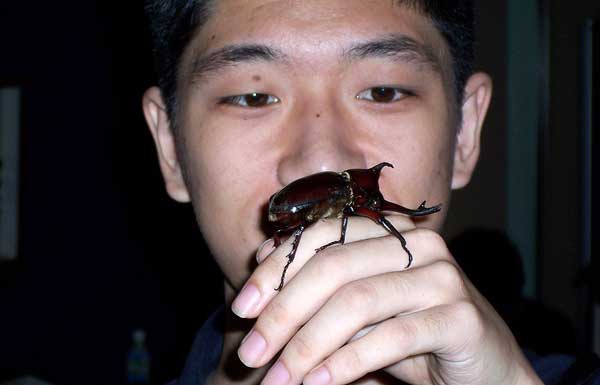 My fellow guest was Satoshi Kamiya, renowned for his extraordinary complex work. Whilst he didn’t speak a lot of English and was naturally reserved, he communicated effectively through the paper. His creations in the exhibition drew admirers like bees round a honey pot. There were lots of table around the room and within a couple of day, they were all full. Nicolas Terry’s work was impressive – he used tissue foil to great effect with some fairly complex, but highly animated folding. Sadly, the French notables (Floderer, Joisel, Albertino) weren’t present, but the renaissance of French folding is certainly continuing.

There were two sessions going on at any one time, generally easy-ish and hard-ish. Other smaller spontaneous sessions formed from time to time. The venue was chosen for accessibility and price rather than accommodation – at close of play, we leave the building and are on our own. Small groups go for meals, but essentially the folding is over until the next day. The same occurs during lunchtime, when we visit the market upstairs for some wonderful freshly-baked bread. Most visitors stay at the Hotel Etap, in Saint-Maurice, half a dozen bus stops away. This is a comfortable place, set in a suburb about 20 minutes from the centre of Paris. There is a busy canal nearby and, of course, a patisserie where we buy fresh bread every morning. It is cheap and incredibly tasty. Given that the Brits still manage to eat that insipid white sliced rubbish, it’s a facility we envy the French.

Friday follows a similar pattern, sessions organised by Veronique. I do plenty of teaching, always a treat, and I get to practise my schoolboy French. After 33 years, a remarkable amount comes back, although I do refer to a lady folder as my “mistress”, rather than “school mistress”. Cue red faces and much laughter. The supplies tables open today, with a good selection of books and paper, especially the wonderful Kraft paper, which I’ve grown to love and buy lots of. My latest epic, the “Origami Bible” sells out on the first day and I get to do lots of signing (in French, of course!). In the evening, we go to an Italian restaurant, where everyone teaches something entertaining and childish. We have a great time!

Saturday and the weather is still holding on – bright sunshine, although a welcome cool breeze is in evidence. Yet more folding! There’s also a sale of second-hand ori-books, always a popular event. Given that the Spanish and German conventions are the week before and after, attendance from those countries is almost non-existent, but I’m surprised not to see any Brits there. The friendly Weilingers represented Holland, as they do at so many overseas conventions! Given the ease with which you can travel to Paris, I recommend more people pay a visit next year. In the afternoon we have a “spinning top” knockout, which takes forever with all the entrants playing “best of three”, but is great fun. 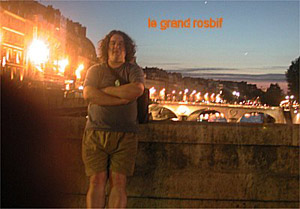 In the evening we are treated to “Le Spectacle”, where Guillaume and a fellow magician run through their magic routine. After the fairly drawn-out show, we finally repair to the adjacent room to enjoy the finest French cheese, wine, apple tarts and much more. The last bus is at midnight, so we have to break up just before then.

Sunday comes all too soon, but the fold must go on, so we ignore our heavy eyelids and catch the bus to the rencontres for the final time, baggage in tow. There’s more folding to be done and plenty of last night’s feast that needs eating during lunch. We head off to Charles DeGaulle airport, only to find that part of the roof where we should have booked in has collapsed, killing four people. We miss our plane (very expensively) but it doesn’t spoil and excellent first visit to France and the amiable MFPP. My thanks for their very generous invitation.