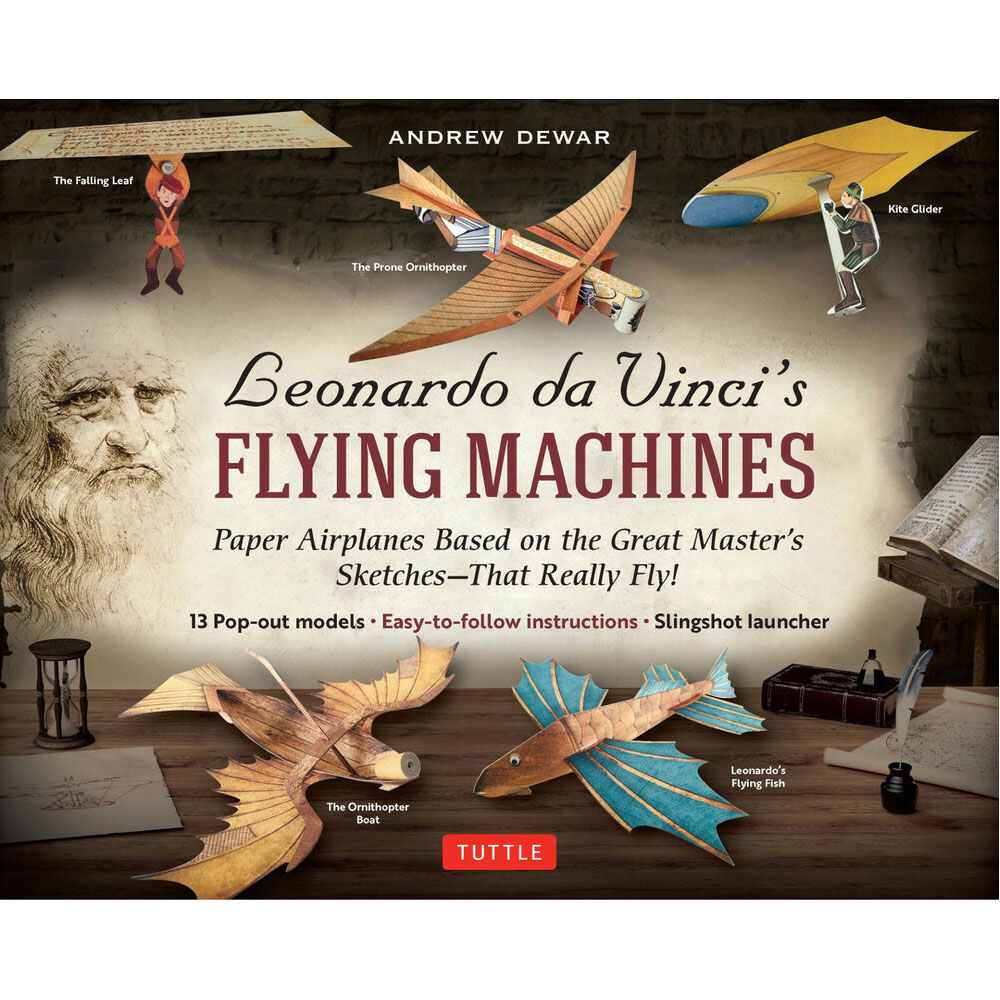 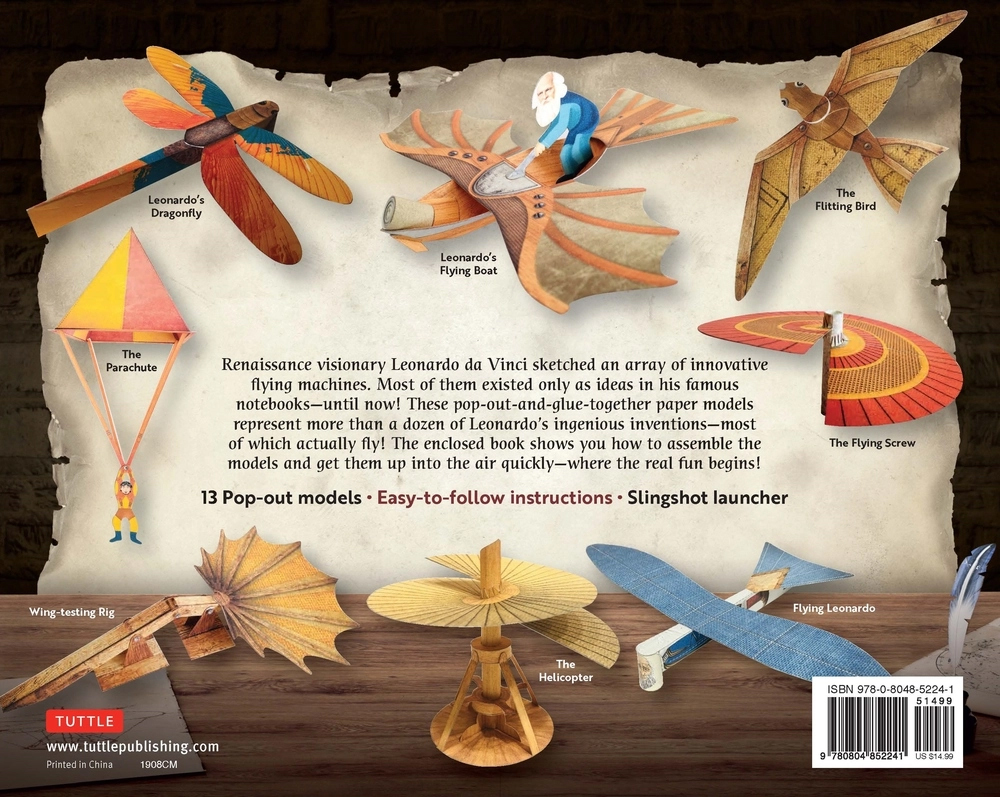 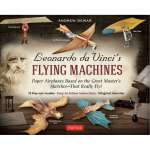 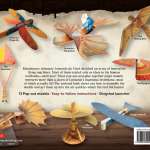 Visionary Renaissance genius Leonardo da Vinci designed and sketched many inventions that were centuries ahead of their time. He was obsessed with flight theory and aerodynamics, so many of his drawings were of innovative flying machines most of which were never built during his lifetime. They existed only as ideas in da Vinci’s fertile imagination and as sketches in his famous notebooks until now!

This remarkable new collection of paper plane models by renowned paper artist Andrew Dewar presents replicas of 13 of Leonardo’s most famous aviation inventions most of which actually fly! Each realistic model provides insights into the incredible mind of Leonardo da Vinci, and the detailed instructions, colourful diagrams and sturdy pop-out paper pieces make it easy to get the planes up into the air quickly where the real fun begins! The entire world will celebrate Leonardo’s remarkable life as we mark the 500th anniversary of his passing in 2019 this kit is dedicated to da Vinci and his amazing foresight in envisioning a world where flying machines are commonplace.

This kit includes: Pre-cut paper pieces for 13 different machines based on Leonardo’s most original designs; A full-colour 64-page book with step-by-step instructions for assembling the flying machine models ; A pre-assembled rubber band slingshot launcher used to launch the planes into the sky. 11 of the models really fly! They include: The Ornithopter a simple corkscrew that gracefully twirls to Earth; The Kite Glider an early version of a hang glider with a human pilot; Leonardo’s Flying Boat look, up in the sky! It’s a bird! It’s a… boat? It’s Leonardo da Vinci’s crazy, mixed-up hybrid plane-boat!;

The Flying Fish and The Flitting Bird two flying machines inspired by the natural world; both glide gracefully, just like their animal counterparts! Plus, 2 bonus display replicas: The First Helicopter a detailed model which looks just like da Vinci’s original sketch; The Wing-testing Rig the wing on this display model actually moves with the help of a lever.