When I joined the BOS in 1984, I didn’t realise how close I’d been to seeing Yoshizawa somewhere near his peak – he’d visited a BOS convention 6 months ago. It was 13 years later when he returned, sadly a shadow of the folder he had been (but inspirational none the less!)

I had a call last night from John Smith, looking for copies of a review he wrote about AY’s visit in 83 (BOSmag 104, trivia fans). I was happy to oblige and thought I’d share a little poem he wrote at the time. John was an early influence on my origami thinking during my formative folding years. He saw beauty where others saw technique. 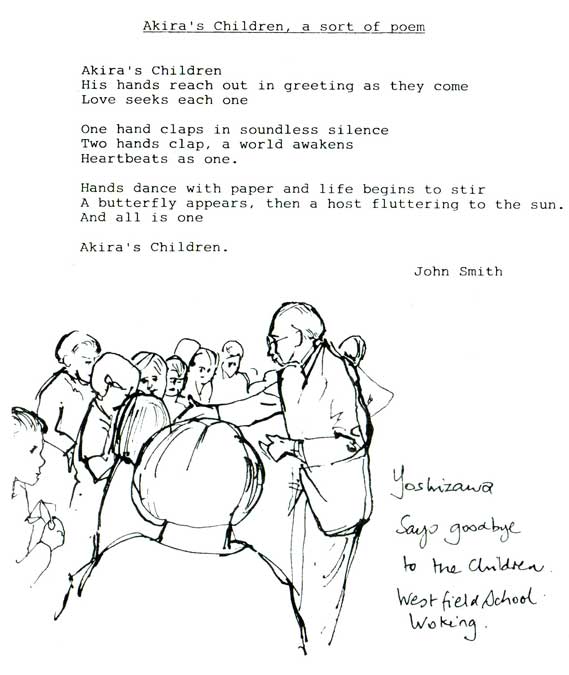