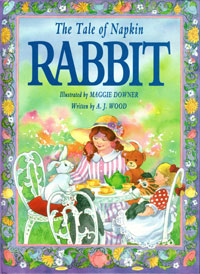 My friend and mentor W. Brown recently showed me a book he’d picked up for the bargain price of 75p in a charity shop. Entitled “The tale of Napkin Rabbit”, it tells the story of errr, a rabbit cunningly made from a napkin.  So far so average, I thought. Then he showed me the diagrams at the end showing how to fold said rabbit.

The challenge was to identify the diagrammer / creator of this classic. I had a couple of unsuccesful guesses before Wayne showed me the credits. My flabber has never been so gasted! This person (who shall remain nameless for his credibility, I’ll refer to him as “Seth”) was indeed well known to me (and the rest of the o-world) as an origami artist of the highest order.

Written in 1993, I can only think that “Seth” was down on his uppers and going through a spell where he questioned everything that was good about origami, for this model comes from a very dark place, origamically speaking. An alternative explanation was that he only had about 15 minutes to complete this commission. Judge for yourselves! I’d be fascinated to hear your own guesses as to the identity of “Seth”. 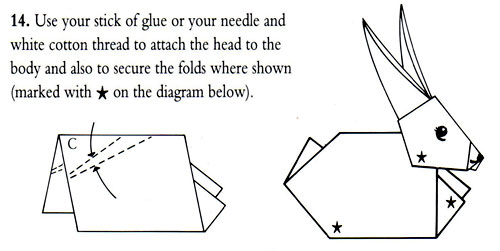