To fold, or not to fold, that is the question… 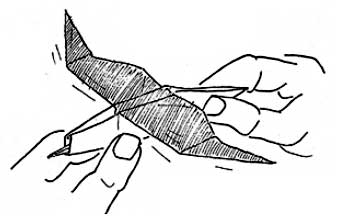 In my former role as BOmag editor and ongoing author, I’m often in a position where I have to choose which models to present. I thought I’d go through some of the decision-making processes, as well as briefly tackling the issue of deciding how good a model really is.

Firstly, I consider the intended audience. Will the design appeal? Is it at the right level of complexity? Are the diagrams accurate? We often prepare diagrams for our own use, or to give to other folders. We are often just giving minimal information of the sequence.

For novices, it’s not safe to assume any skills and diagrams should reflect this. Often, it may require a complete rethink of the sequence. I remember collaring Dave Brill at an early BOS convention and asking him for help with his “ring box” from Kenneway’s “Origami Paperfolding For Fun”, which I was struggling with. I opened the book, but Dave said “Ignore that, it’s not the method I use”!

It took me a while to come to terms with the idea that a model may have several sequences, but as I started to create, the process of diagramming encouraged me to look at every move and seek the most elegant way of folding it. The “sliding” sequence in Fujimoto’s cube adds considerably to the worth of the design, for example. Personal taste comes into play here, but I firmly believe that the way a model was created won’t necessarily represent the best way of folding it. I remember having heated debates by letter with Neil McLean, who felt the creator’s sequence was sacrosanct and all part of the finished model. I remain unconvinced!

I’d suggest you can’t properly assess origami until you’ve folded it. If you’re lucky, you’ll discover folding gems within the sequence, (what Kenneway referred to as “good moves”). I often find more pleasure in folding the models of Hideo Komatsu than I do looking at the finished result, since his sequences are so satisfying.

Despite being adept at “virtual folding” (folding the model in my head, then passing judgement), I find it’s wise to give unpromising models the benefit of the doubt and actually fold them. The diagrams and all-important final illustration may simply not do it justice. Then again, you may find that the most fabulous diagrams result in an undistinguished model! It’s part of the “journey or destination” debate; is the point of folding to the final result, or is it the actual folding, the result being a by-product?

Deciding what you wish to fold isn’t so hard. Identifying models that other people will want to fold is more tricky. OrigamiUSA has a policy of publishing models created by beginners, with the associated naivety you would expect. The Tanteidan apply a more ruthless quality control. The BOS probably lies somewhere in between.

While there are no absolute standards by which a design may be judged, it’s important that the origami world finds a way to encourage quality work and progression without using language that may deter a beginner from taking their first faltering steps towards becoming a creator.

It’s not easy to achieve. One person’s idea of “considered critique” is another’s “diatribe”. Nevertheless, if we don’t have standards, how can we hope to be taken seriously? Paul Jackson, in his fiery youth, thought nothing of dismissing a model as “ugly”. He still does! Others find kind words for anything you show them. They key is to praise what’s praiseworthy (the effort, the idea, the folding standards) but reserve the accolades for the truly great designs which have both a superb sequence and stunning result. We all hope our latest design will become a “classic”, but the chances are it won’t.

I rely on two main sources, Wayne Brown and David Brill, whose opinions I trust implicitly. I urge all creators to find an origami soulmate to provide them with an honest perspective on your work. It’s surely not in the best interests of origami to shy away from criticism, where it’s appropriate and informed.