I was enjoying a televisual feast this morning when a familiar yellow & black book flashed past on the screen. Thankfully, with digital TV, you can simply press the rewind button (I remember TV with just two black & white channels!) and whip out your camera to capture is for posterity. It actually appeared twice, once on the edge of the screen, then a few seconds later, smack dab in the middle! I suspect it’s appearance may have been subliminally brief, but such is the power of television, I look forward to monster sales over the festive period. 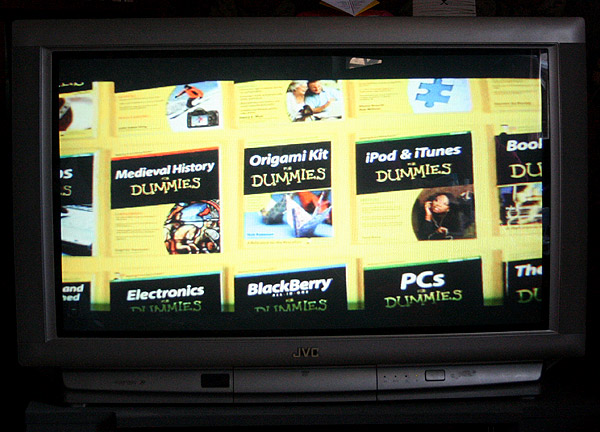 Thankfully, these will be of the second (corrected) edition. I haven’t actually seen this yet, but if they’ve only incorporated half my list of suggestions, it will be a substantially improved book and well worth buying again, if you have the first edition 😉