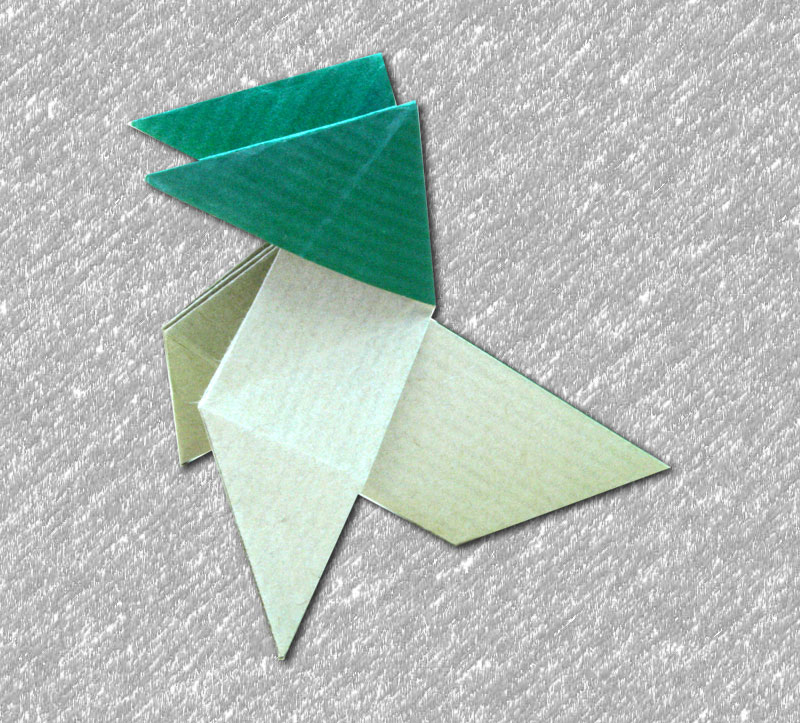 I’m working on a new book, part of which will be to show how an origami design can be adapted and extended. I thought I’d use the pajarita to do this. As well as a single-headed version, I’m hoping to include a three headed and a winged version.

So, the logical extra was a two headed incarnation. Curiously, this didn’t show up on google images (although there must be one), so I knocked one up in a few minutes from a 2×1.

There are an extraordinary amount of paja variants out there, from the naughty to the plain weird. Mine is fairly dull by comparison!