I have a design called “Wentworth Bowl”, which I intend to teach at the forthcoming OUSA convention. As I went through the diagrams, tweaking them, I spotted a nice variation produced by curling the edges over. It requires some subtlety in folding to produce curves rather than creases, but I like it. Here’s an example folded from canson paper (still one of my favourite media). I used a template to locate the initial blintz creases, so the centre of the paper is clean. 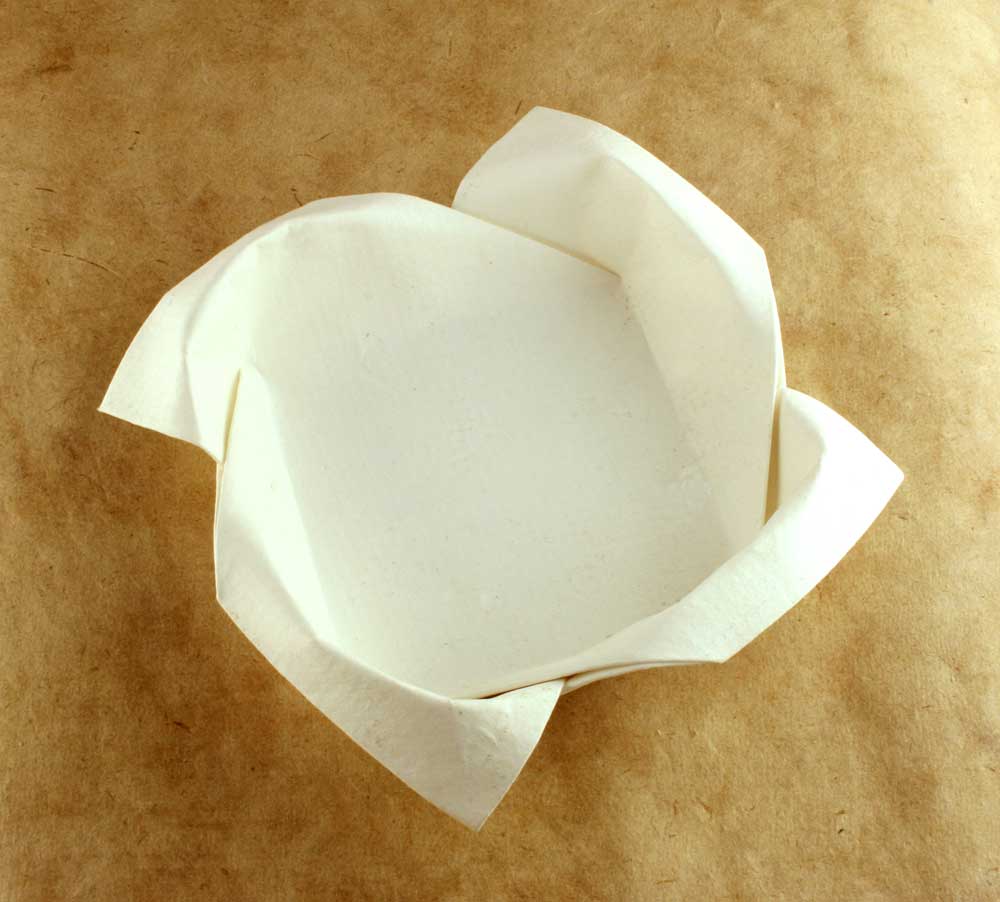