In 1955, Yoshizawa sent several large boxes of his work to America for an exhibition. Some 50 years later, they were returned to their creator through the efforts of the BOS. I was lucky enough to see these first hand and to appreciate what an awesome touch the Master had. There are few folders even today who could put such life into their folding. Here’s an example (photo by Dave Brill) 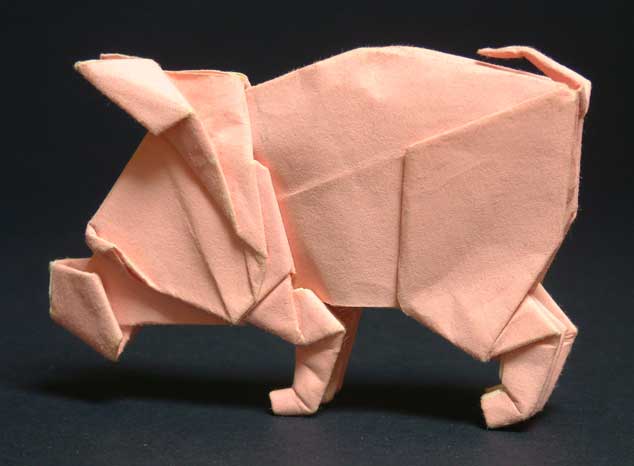