To demonstrate their solidarity with the people of Ukraine and what can be achieved when communities come together, North Tyneside Art Studio will be making 10,000 yellow and blue Origami Cranes for a visually stunning installation at The Bridge Gallery at Tynemouth Station. In Origami, paper cranes are hugely symbolic representing peace and hope; the large […]

The most basic origami technique is the valley fold. This is the type of fold that everyone does, whether or not they realise it. In origami, we often fold one edge to meet another edge, as shown here. The arrow in the first image indicates we’re taking the lower edge to the opposite edge. In […] 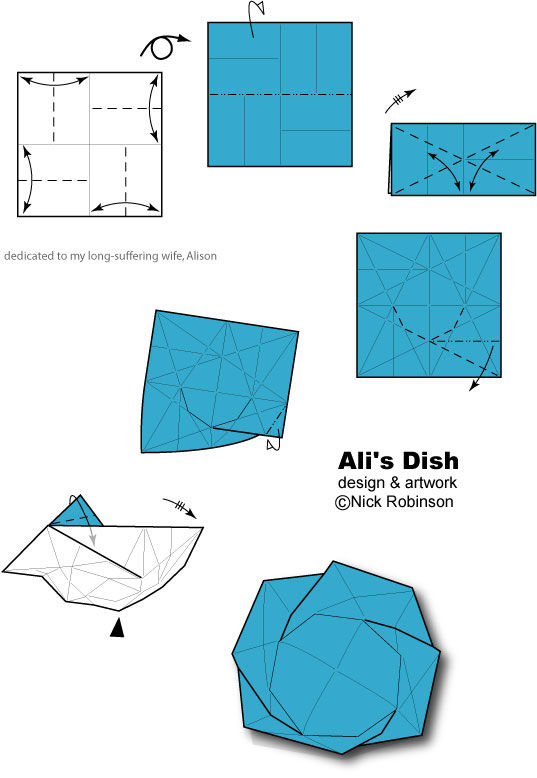 I get frequent emails requesting help with diagramming. here are a few guidelines to help budding authors and artists. Paper format A4 is the most common format, unless you live in the States. Diagrams can always be scanned and reduced in size, but enlarging them reduces the quality. If you don’t follow this format, the […] 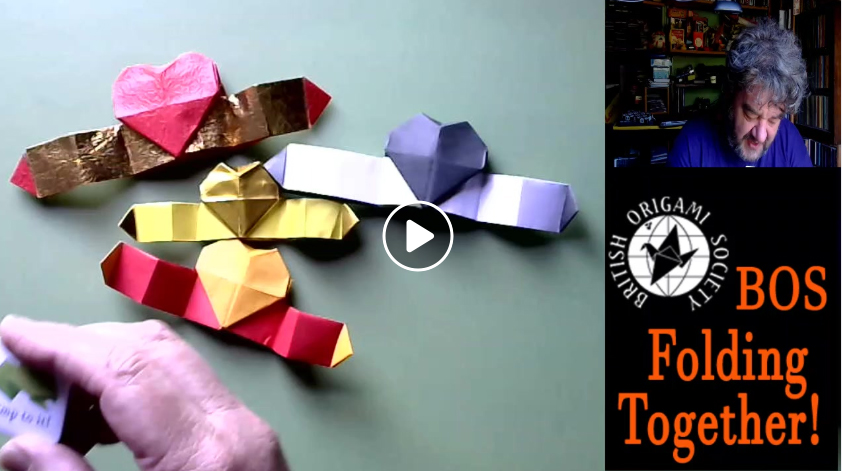 Over the years, I’ve spent a lot of time in studios, having my hand filmed as I fold. However, the amazing leaps in cheap technology now allow me to produce videos in-house to a high standard. While I still consider diagrams to be the purest form of recording a folding sequence, using them on conjunction […] 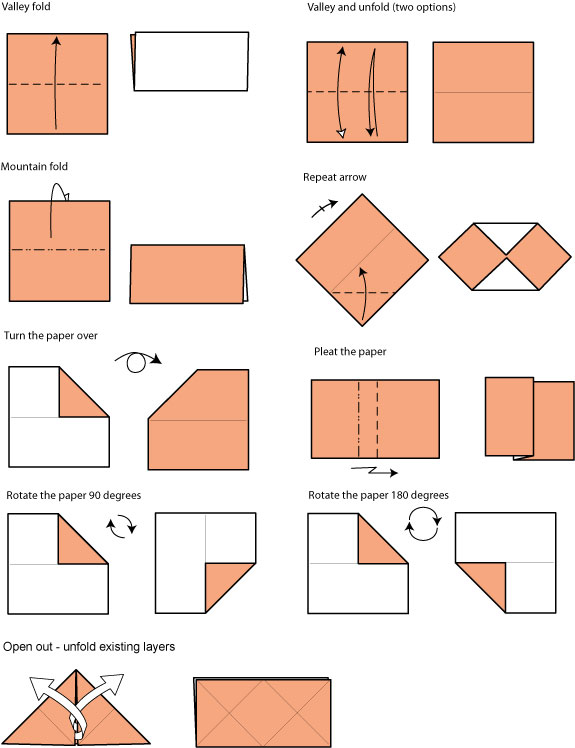 Origami diagrams make use of symbols so that you can follow instructions even if the words are in a different language. Learning these is a little like learning to read music (only much, much easier!) and the whole world of origami will open before your eyes. Here are some of the basic symbols.

It’s a subject dear to my heart so I hope you’ll excuse me if I bang on it yet again about the importance of sequencing in an origami diagram. As a beginner I assumed that there was a single way to make a model, determined by the creator. I learnt how wrong this was at […]

How to fold beautiful origami flowers this Spring 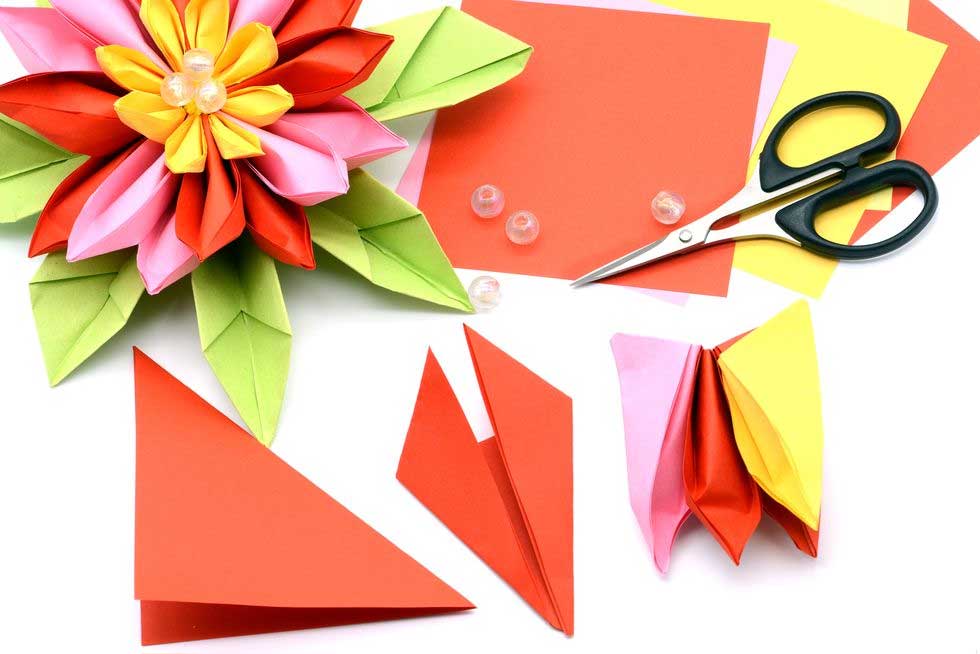 That is the title of an article by Prima magazine to which I recently contributed some words of wisdom and a few diagrams. They rang me up, did a short interview and I gave them a few diagrams for free, being the ruthless businessman that I am. Nice to see my good friend Judith Laing […] 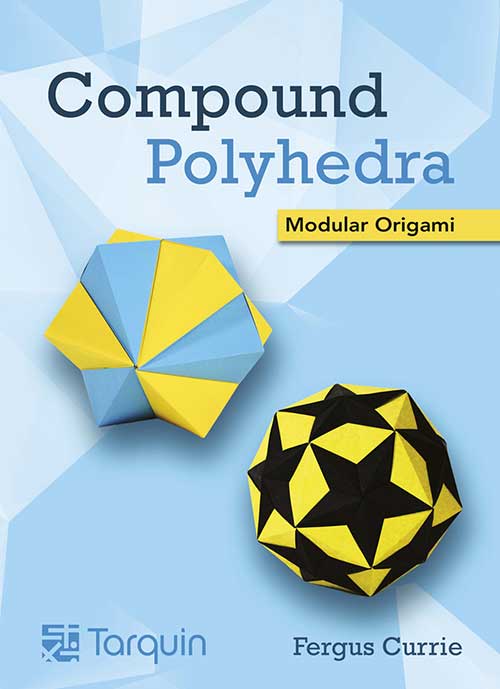 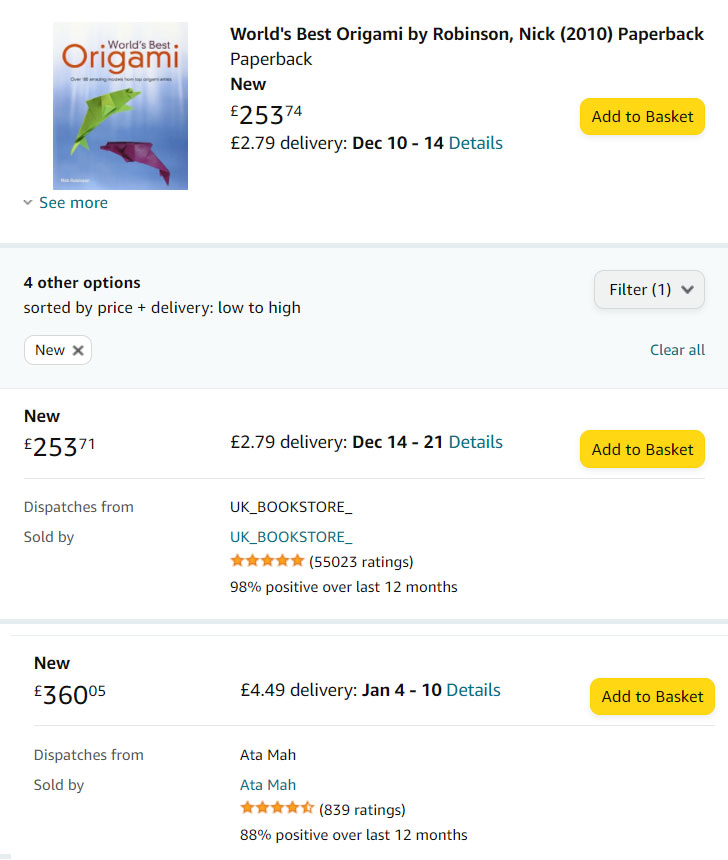 Check out these prices for one of my old books! You can get much better value in my own shop 😉

Fir Tree in the Snow 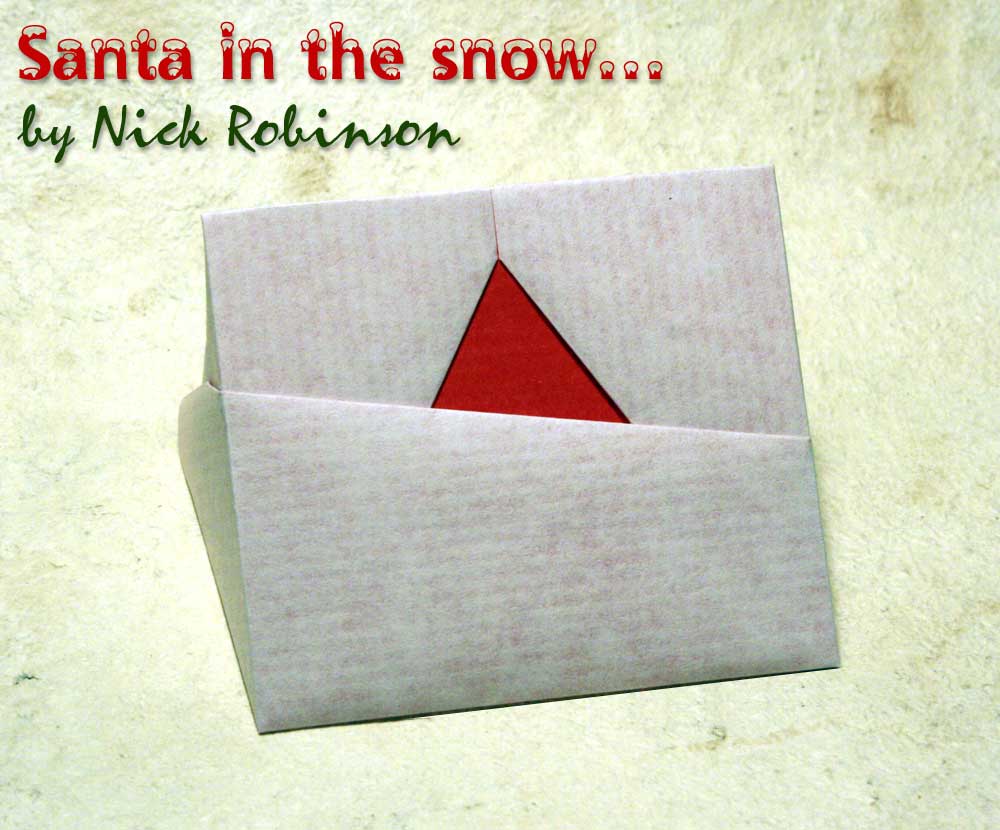 An old video of mine – I see youtub are now showing adverts whether you want them or not – full of Festive Spirit ;( 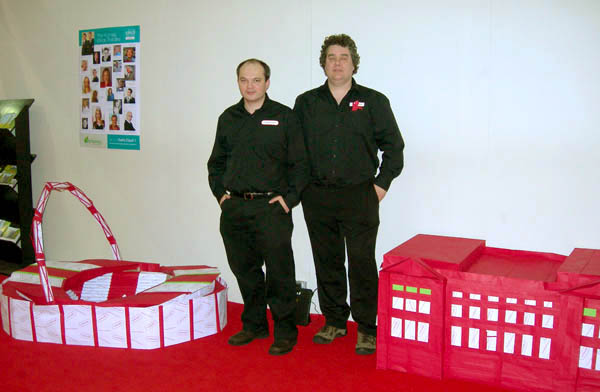 It’s hard to accept that Mark is no longer with us, it is a huge loss to his many friends and admirers. Mark had been a folder for many decades. He was a regular at my early conventions and in 2004, he joined me in professional folding. He continued to be a close friend and […]

A model in Orison 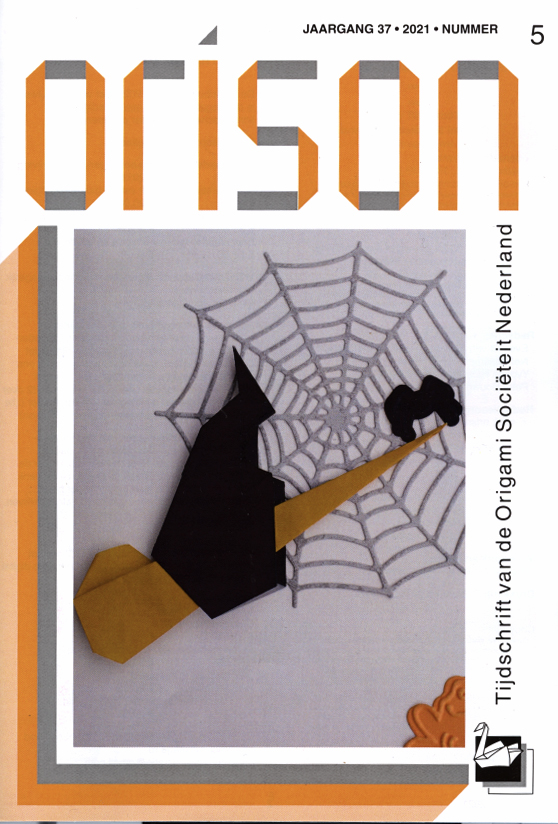 Those kind people at Origami Sociëteit Nederland have published another of my designs (a witch), this time it’s made the front cover! 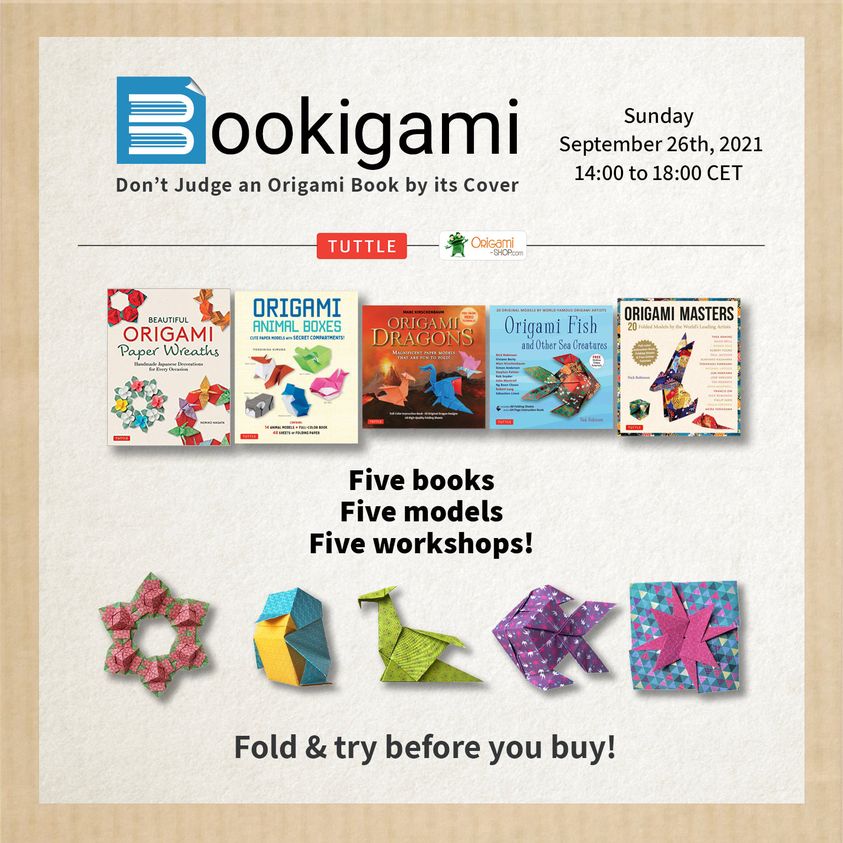 One of my publishers (Tuttle) has started to run live sessions teaching models from their books. Two of mine have been chosen and I’ll be teaching a fish by the late Stephen Palmer on Sunday 26th September. 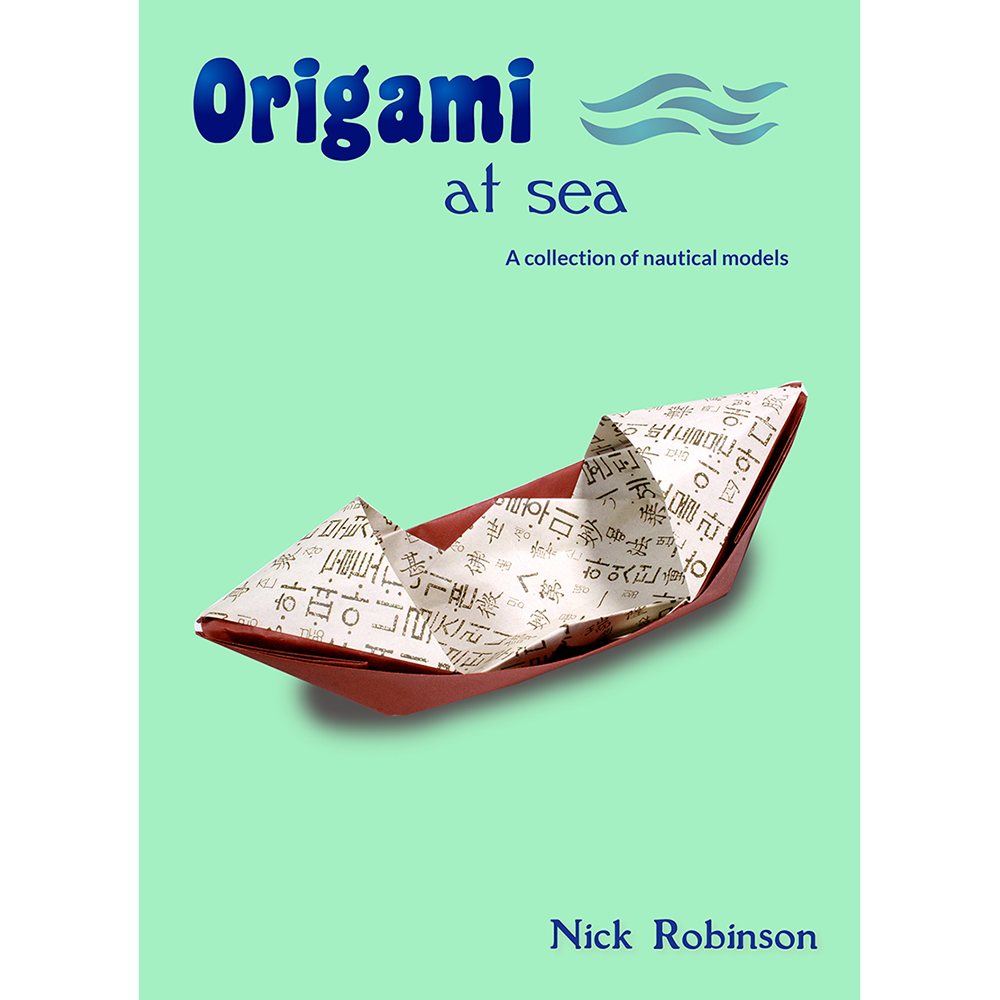 The first print of our latest book has arrived! 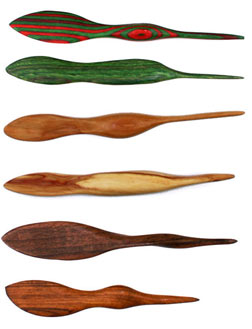 I have a confession to make. For many, many years, I have been somewhat condescending about those who use tools to flatten creases, although I’ve tried not to show it. Part of this was the use of “bone folders”, which as a vegetarian, I found entirely inappropriate – why would you fold with a dead […] 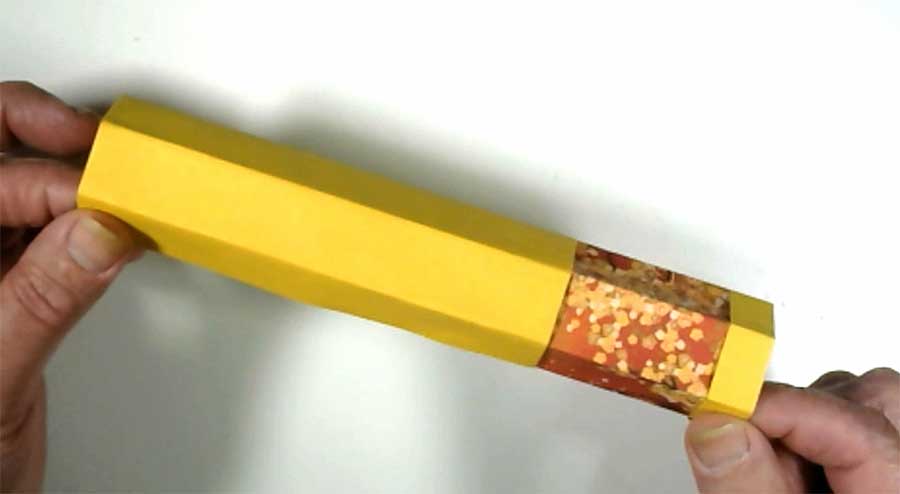 Here’s a model for a forthcoming book, “Origami in Space”. Designed by myself and my good friend Wayne Brown, we’ve done this a few times in the past – 2 heads are indeed better than one. It uses two (or more sheets) and is made in a  few minutes.